Andrea has over twenty years’ experience in emerging market finance. Prior to ESPIRA, Andrea was a co-owner of Wood & Company, a leading Central European investment bank and brokerage firm. Andrea was instrumental in growing Wood & Company’s business since its early days, where she started in 1995 in the Equities Division. After a management buy-out in 2000, she became a co-owner as well as the Head of Equities. Under Andrea’s leadership, Wood & Company’s market share in the Czech Equity market grew from 5% to the market leading position of 30%, which the firm still holds today. She also pioneered electronic trading access in Prague, Warsaw, Budapest, Vienna, Frankfurt, Bucharest, Istanbul and Dubai. Andrea was the key driver in Wood & Company’s expansion into eleven CEE markets as well as in establishing its London office.

Andrea was ranked among the ‘Top 25 Business Women in the Czech Republic’ by Hospodářské noviny and Forbes surveys on several occasions, and acts as a jury member for the prestigious award Via Bona Slovakia. Andrea is also a Board Member of the Charter 77 Foundation, the largest NGO in the Czech Republic, which supports disadvantaged people and groups.

Andrea graduated from Harvard Business School’s Advanced Management Program and holds a Master’s Degree from the University of Economics, Prague.

“ESPIRA supports entrepreneurs who have built something unique and are enthusiastic about developing their business.”

Entered into the Commercial Register maintained at the Regional Court in Prague.
Section C: File 265165

ESPIRA Investments is a proud member of the Association of Social Responsibility. 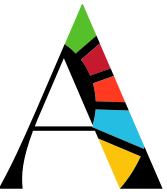 /%postname%/
#
Sort Gallery
on
yes
yes
off
off
on
off